“The Register of Trinity Parish, Louisa County, Virginia:
Births and Baptisms from 1752 to 1779,” transcribed and
edited by Elaine L. Taylor, is now available on Amazon.com.

“George W. Cleek’s Early Western Augusta Pioneers, which was originally published in 1957, has been the source of many of the genealogies of the early pioneers of the Highland region. These include the Lightner, Cleek, Harper, Hull and numerous other families. As a Lightner descendant I thought a worthwhile project would be to update Cleek’s book regarding the section on the Lightner family. What I thought to be a relatively straightforward task turned into a yearslong effort culminating in 2006 with the publication of my book, The Lightner Heritage. With the advent of the Internet which opened up new research opportunities, the publication of new material and the discovery of new sources, Cleek’s premise that John Michel Lochtner is the progenitor of the Virginia Lightners may not be accurate….”

To see the rest of this article, CVGA members should go to “Members Only” on the menu bar above, and choose “Central Virginia Heritage — Current Issue.” (Note: You have to be logged in to this website in order to see “Members Only.”)

If you have trouble logging in to the site to download your copy, please contact me at the webmaster link at the bottom of this page.

If you have any articles you’d like to share with CVGA members, please send an email to the editor, eleanordew at gmail dot com — The Editor.

Edwina St. Rose has informed us that there is now a website for the Daughters of Zion Cemetery in Charlottesville: https://daughtersofzioncemetery.org/ The website also has an index of the name of people known to be buried at this cemetery, with information about them, clips of obituaries, etc. The recovery of information about the people buried here is an on-going project, so remember to recheck it at various times to see if anything new has surfaced about individuals you’re interested in. 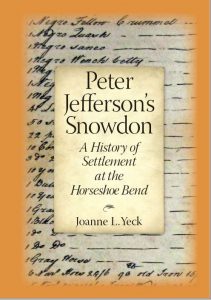 Please join the Fluvanna Historical Society in the Village of Palmyra to experience Fluvanna’s history including the  African American History exhibit at the Old Stone Jail and see the artifacts about Fluvanna’s gold mining history at the Holland Page Place.  There will be demonstrations of heritage crafts and skills, dance to live period music and chat with area artists.  Meet our genealogists and learn more about your own family story or visit our archives and research Fluvanna history at Maggie’s House.

The self-guided tour was very informative with facts regarding Virginia from early exploration in the 1600s to information about the 20thcentury. There were maps, photos, paintings, and artifacts. There were also interactive exhibits that encouraged you to test your knowledge of Virginia.

Access to the Virginia Historical Society, including the library, is free; however, there are exhibits that require a ticket which can be purchased.

The monthly meeting on May 13 for CVGA will be a road trip to the Virginia Historical Society in Richmond.  We will be doing a self-guided tour of the Story of Virginia.  This will involve walking for approximately an hour.  VHS also has a library available for research.  A photo id is required to check out material for review. There is no admission charge.

If you would like to come along, contact Patricia Lukas or Linda Gore–you should have already received a private email with phone numbers today. If you have not, please email the Webmaster for a copy of the email. Let us know if you are willing to drive or if you need a ride. Linda Gore has volunteered to drive from the Zion Crossroads location.

If you are driving in from somewhere other than Albemarle/Charlottesville area, let us know so we can look forward to meeting you there.

The Virginia Historical Society is located at 428 North Boulevard, Richmond, VA. It will take about 1 hour 15 minutes to get there from Charlottesville. The museum is open from 10:00 am to 5:00 pm. We will have lunch on our own. The Virginia Museum of Fine Arts is next door and they have two good restaurants.

Note: If you plan to use the VHS library, you can prepare by searching the VHS Library catalog from home, so you have an idea which documents you will want to see.

We also suggest that you bring a couple of research problems, since you can be working on one while the Library staff is retrieving materials for the other. 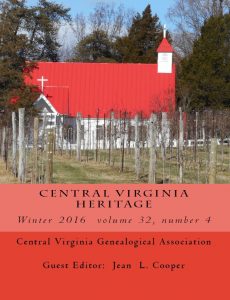 In the 1970s, Albemarle County sent most of the chancery cases in its files which ended before 1912 to the Library of Virginia. The Library of Virginia preserved all the cases they received and put them in acid-free folders to prevent deterioration.  With the Albemarle County Clerk’s approval, I have been working on a project to preserve the post-1900 cases that Albemarle still had at the Courthouse in Charlottesville by unfolding the documents and putting the papers in acid-free folders provided by the Clerk’s Office.

For the rest of this article, and several others, go to “Members Only” on the menu bar above, and choose “Central Virginia Heritage — Current Issue.” (Note: You have to be logged in to this website in order to see “Members Only.”)

For those who are not members, we offer the opportunity to purchase a printed copy of each issue. The Winter 2016 issue is available from CreateSpace.com/6782694 for $6.50. Click on the CreateSpace.com link above or search for “Central Virginia Heritage” on the Createspace.com Store site.

Table of Contents for the Winter 2016 issue:

P.S. Wouldn’t you like to see your research published in this beautiful magazine? Send it to any of the CVGA officers on the About CVGA page. 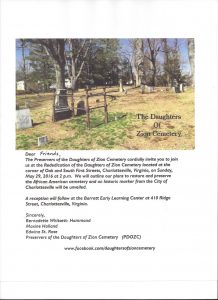